The above (in italics) are cut and pasted from the website. The math is my own; so are the bolded words. The descriptors are not ones I normally gravitate toward when considering what I’d like to drink with my meal, but this particular bottle (very well preserved – excellent fill, great cork, etc.) was part of a larger auction lot and was therefore included in the purchase. 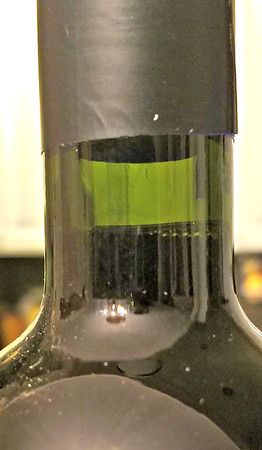 At 20 years, this is quite a nice fill level.

very well preserved bottle, in top shape, tasting as good as it probably gets these days 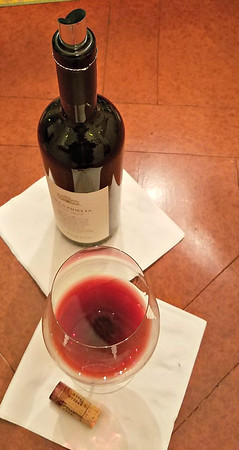 cork, fill, and color all in excellent condition

As you can see in the photos above, the fill, cork and condition of this 1998 Villa Fidelia Rosso were as good as one could hope for at twenty years old. That said, the wine, like most, needed some air at first so that it could shake off the damp soil smells that often come with age; after 30 minutes, the wine was completely opened up, and stayed that way until it was finished some two hours later.

The first Villa Fidelia Rosso was produced in 1990. I think I’d have liked to have tried that in its youth, if only to have as a reference point. This, the 1998, marks the first year of the Sportoletti family’s relationship with Riccardo Cotarella, an enologist/agronomist known for his enologic/agronomic consultancy for more than 80 wineries, in Italy, and in other countries, too.

The 15 days of maceration, the international varieties, and the use of small, French oak barrels are all evident in tonight’s wine – but that’s not a good or a bad thing, it’s just a fact. As I’ve said, I’m not one to drink these types of wines, I prefer to drink single variety wines as opposed to blends most nights. But tonight was different, I wanted to see how this ‘style/blend’ had held up over after a rest of nearly 20 years since harvest.

Let me expand on that idea of ‘style’, it can be a divisive issue; relying on that ‘style’ label, can, and often is, a pitfall for (some) wine drinkers as much as it is a tool for other wine drinkers. For instance, to dismiss, out of hand, the use of barrique, before knowing anything else about the wine, or for that matter, even tasting it, is simply foolish. Taste the wine, first, live with it a little while contemplating what’s in the glass, what might be possible with time, then decide if you like it. Period.

Cotarella’s consulting role is much the same – to work with winegrowers to make sure that they’re growing the best grapes possible; then he’ll taste, then he’ll decide what the plant(s) are saying, what the soil is saying. He tastes, then decides if he likes. If he does, the wine gets produced, if not, it’s rosé wine, or bulk wine, or declassified, etc. The same should apply to all of us, taste, decide if it’s likeable or not.

But, since the winegrowing is being managed by Cotarella’s team in concert with the winegrower’s team, this is not really a likely outcome – i.e. everyone’s on the same page, and harvested grapes will arrive in the best condition possible.

And yes, he’s using laboratories to make sure what he’s tasting is correct. But it’s not fair, in fact it’s pretty foolish, to call these (or similar wines that are produced in concert with consultants, ‘wines produced in a laboratory‘. I’m pretty sure anyone producing wine for commercial sale on the level of a few thousand cases or more per year is using a lab of some sort. In many cases, it’s required.

If you’re one that considers consultants/labs in the pejorative, if you’re one that subscribes to the idea that these are divisive issues – with some choosing only traditional producers, some choosing only modern producers. In both instances, it’s probably best to just taste the wine, blind, preferably, consider its merits as wine, and then make a judgment vs deciding upfront that a certain style does/doesn’t appeal to you.

I’ve probably gone on an on about this in one of my previous posts, but it’s important. Taste first, then decide. Block out the noise of points, labels, vintages, etc., just taste.

Tonight’s wine is the first Villa Fidelia Rosso I’ve had in some time. Which is another way of saying that I’ve tasted most of the others when they’re just being released, or within 5-7 years of release. This example, with nearly twenty years, tells me more than any of the other wines ever did: It’s fully mature, it’s not getting better from here, and it’s also far from being over the hill, and it’s delicious. In other words, it’s time to drink them, there’s a lot to enjoy. Oh, and it was also very good, and even a bit of fun.

10 January, 2018  1998 Sportoletti Rosso Villa Fidelia Umbria IGT “Upon uncorking, a small 1 oz pour reveals equal parts of age/funk, ripe red and black fruits, and soil. I pour myself a little more and let it unwind in my glass as I prepare dinner. 15 minutes later, the wine is more about the fruit, and less so other attributes; most of the funk is gone. The color reveals a gently bricked ruby, faded to the rim and clear. The nose, once fully open at the one hour mark, is a joyous mixture of red currants, creamy cassis fruit, a splash of vanilla, some soil, dust and a continuously recurring note of baked raspberries. The palate, also at the one hour mark, is wonderfully mature – the gentle side of full-bodied – and well complemented by a wide beam of (still!) fresh acidity. The finish is med>medium+, the tannins, sweet, caressing. An excellent example of old meets new worlds, and a testament not only to the integrity of the vines/land, but also to the attention paid that created this cheerful blend. Not sure I’d have cared for it in its youth, but today, this mature wine makes it clear it’s going out in style. I loved the way this set into some serious, ripe, Cab and Merlot traits with the wine signaling New World(!) only to get clawed back moments later with notes of leaves, mushrooms, dust and soil. A rich, balanced blend from Umbria: Merlot 70%, Cabernet Sauvignon 20%, Cabernet Franc 10%. Drink now or in the next several years. recommended+

* this wine remains an incredible value, at just ~ $20 in today’s market. unreal * 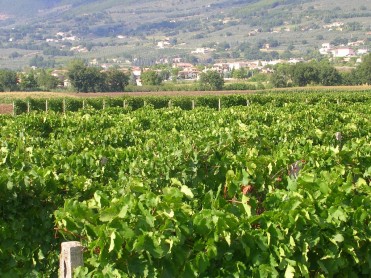 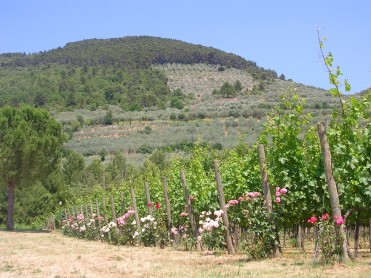 In addition to this Sportoletti wine,  others I’ve had that Riccardo Cotarella has consulted – Vitiano, Lamborghini (Campoleone), Montevetrano, Falesco, etc., to name just a few, have all offered great value with a good (if not always clear, e.g. upon release) sense of place, and have been consistently good partners to food for many years.

By the way, toward the beginning of the post, I took some effort to outline how well the bottle I enjoyed was kept/showing. Your mileage may vary, based, primarily, on storage conditions, but with any luck your next tasting of this wine will be equally rewarding.